After all my weight loss, in 2012 I wanted to take my journey up a notch and began training to compete in bodybuilding.  In 2013 I competed in my first NPC Figure show and did 3 shows that season.  After that season, I was hooked!  Then I entered into a year-long building season with my then new Coach Shala and competed again in 2014.  Again, still hooked! 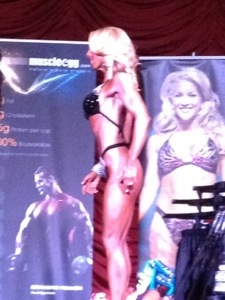 After dabbling in Figure at the National level in early September, I headed into another year-long building season with my new coach Brooke.  I again trained for Figure all winter long and planned for my 2015 competitions.

We started contest prep in early April and I was at a weight of 153, having been at 128 as pictured in both seasons above.  I had some LBs to take off and honestly I was NOT comfortable in my own skin at that size.  I’d love to max at more like 143 tops, maybe even 140.  I like a year-round leaner look and the fluff I carried was more than I desired.  It did come off nicely in time as I worked the diet down in contest prep consistently.

When I got to mid May, I was starting to plan my suits and posing practices for a late August Indy local show and early September National-level show.  When I struck my Figure poses, I was disappointed.  I would send my pictures off to my coach and again I was disappointed.  I had been working at that point for 3 consecutive years at five lifting days a week and the feeling you get should NOT be disappointment.  I had a healthy, strong body and it was responding to our contest prep dieting plans.

Why was I frustrated?  Should I even be competing anymore?  The thought crossed my mind.

Backing all the way up to mid winter 2015, my friend Marissa and I had discovered Bret Contreras, the famous “Glute Guy”.  He is a smart man who spends his time studying and teaching others how to grow and improve their glutes.  It may sound concerning, but the glute muscle is one of the strongest and most used muscles in the body.  You can have major glute imbalances and impede your back strength, walking patterns, running gait and even the way you sit.  The more I learned, the more I wanted to implement.  (Here is his book that I got for Mother’s Day.  Highly recommended! 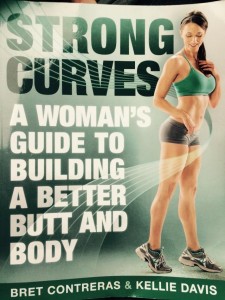 I was obsessed with growing my glutes!

Marissa and I started to incorporate his work into our DAILY workouts and in time saw a big difference.  Glutes are a muscle that can be worked everyday and don’t need the recovery time for growth like the other muscle groups require.  So, we did just that!

Upper body day, put a glute exercise in the middle of it.

Lower body day, put a glute exercise in the middle of it. 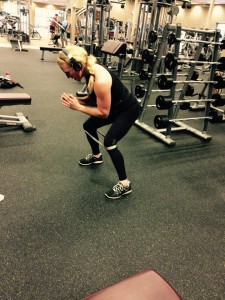 Now I find myself warming up with resistance bands where formerly I was walking on a treadmill.  I commonly do cable hip thrusts, bodyweight and barbell hip thrusts, 2-leg and 1-leg glute bridges, cable kickbacks, lateral band walks, goblet squats, step ups, Bulgarian split squat and SO much more!  My Coach had me doing a nice glute routine and in tandem with her plan, I threw Bret’s work in as a supplement on all body-part splits as I mentioned.

There is no magic to this.  The volume and consistency is what made the difference.

{Warning.  I’m going to show my booty shots.  If you might be offended, you need to evac the website! #sorrynotsorry #youcametomysite}

SO, once I finally started to get my glutes to be on the grow, I was playing around with posing one day and struck what I thought was a Bikini pose.  At all my past shows, people would stop me and say, “Oh, you look great!  Are you in the Bikini division?”  No, I’m Figure.  Can’t you tell?  See all my bulging muscles?  I guess not!

So I guess it was always in the back of my mind to try that division.  The more I started looking online, the more I saw the Figure division getting bigger and harder at the National and Pro level and it concerned me that my physique was no longer a fit for that division.  Was I chasing a look and size my body could not ever achieve naturally?

Then I did my research on the National and Pro-level Bikini gals and my eyes were opened.  Did I fit that category better?  I had the booty curve now, my waist had slimmed down, but could I pull off that posing?  Formerly it had always concerned me that the posing was out of alignment with my goals, but once I started to dive in, I found many, many classy and hardworking gals who were displaying their physiques in a tasteful manner and had obviously done LOTS of consistent lifting to get there.

I know I could do this!

I presented the idea to my Coach and she said, “I feel you are still Figure.  I always saw you as a Figure gal.  But I will support you either way.  I feel you could also do the Bikini division as well.  ” But the Bikini thought was still in my mind.  I watched as a few local and Pro gals who had transitioned from Figure to Bikini and they looked amazing.  They were coming in with more muscle than most of the field and in my opinion, that is where I saw that division heading.  In fact. ALL the women’s divisions in the NPC are making a shift to bigger and more solid physiques and that is what Bodybuilding SHOULD be.

This is bodybuilding, not a weight loss transformation.  It’s about time and intention and discipline under the bar, year after year, not about deciding to put on a suit and heels and walk out on stage.

So after I met with a local friend and judge who was helping me on my posing, she encouraged me to do Bikini. “Yes, I see you competing at the National level.  I say you go for it.  I see it in you!”  She could tell I had reservations about the posing in that division,  but she ensured me that my heart was in the right place and I could be a part of helping the Bikini class morph into division it was going to become.

Once I got out of wishy-washy mode and made the final decision to switch, at 8 and 9 weeks out from my shows, I emailed my Coach to tell her.  She says, “Then let’s go after it!”

These were the first BIKINI progress pics I sent her and she was floored.  She wrote me right back and asked, “Holy Booty, Mama!  Where did that come from, Mindy?” 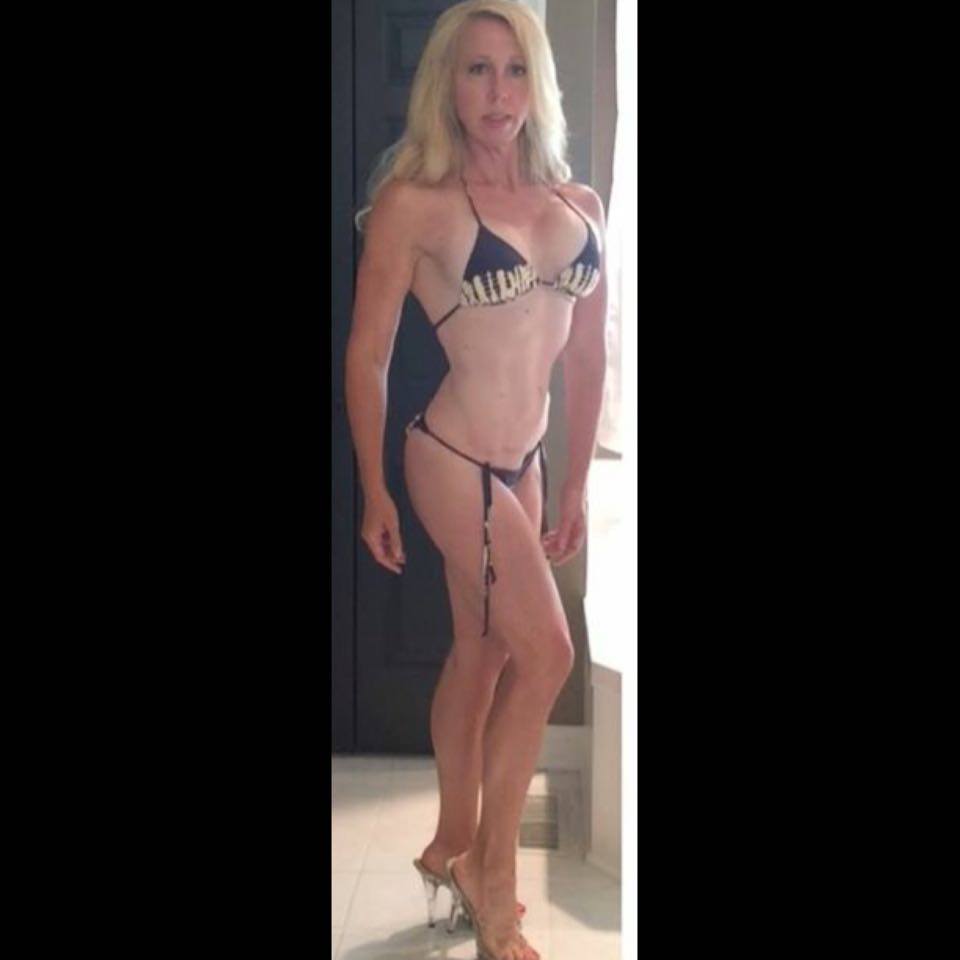 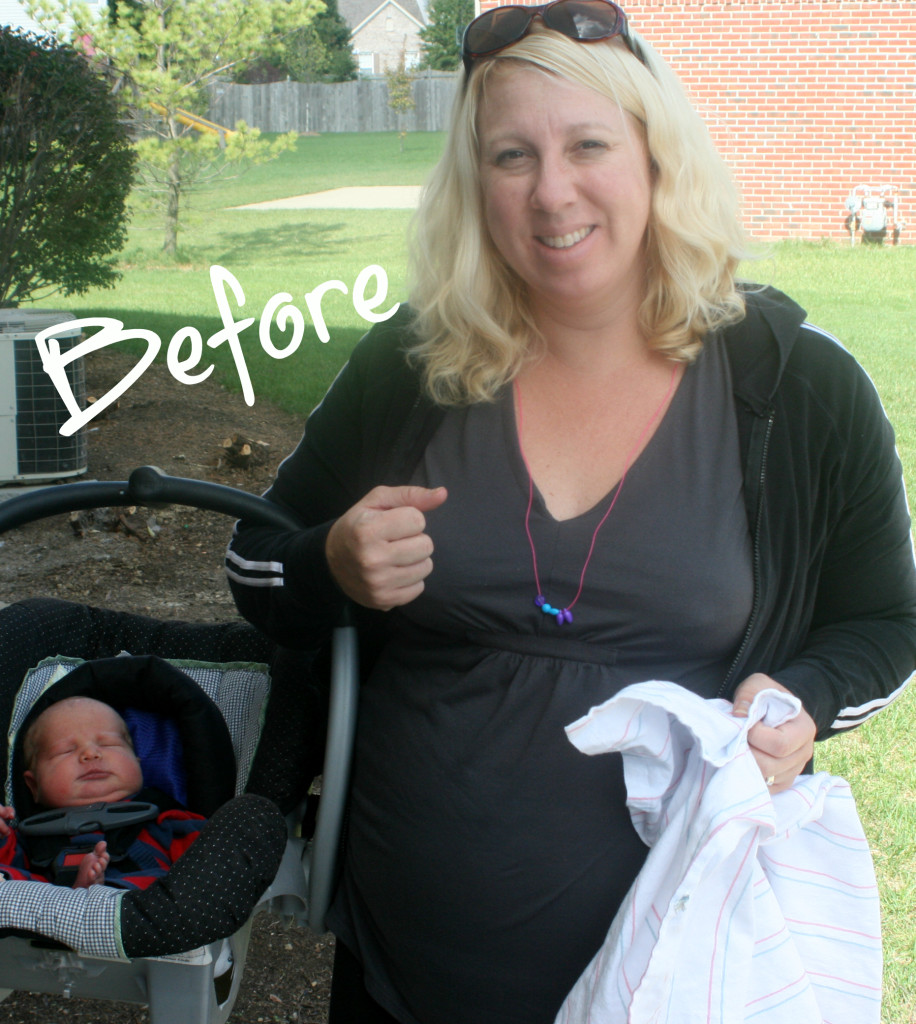 Ok, back to talking about my Coach…..I filled her in on the interspersed glute work over the winter and we continued to plug along at the plan.  I’m super excited to learn this side of the industry, get my new suit from Suits By Amy, work on my new posing, and see how my body responds to this division.

Will the judges agree I made the right switch?  Who knows.  We’ll see what August 29th at the Indiana Natural in Beech Grove and September 5th at the North Americans in Pittsburgh will bring!

Regardless, I’m hopeful about the outcome and loving the skin I’m in.  I LOVE the bodybuilding process the other 364 days of the year outside of the 1 day of competition on the stage.  This lifestyle is a part of who I am and who I was created to be.  This is the body and size and shape that is ultimately ideal to me.

So, honestly, regardless of placing, I’ve already won!

Stay tuned as the journey continues!